“A couturier must be an architect for design, a sculptor for shape, a painter for color, a musician for harmony, and a philosopher for temperance.” – Cristobal Balenciaga

This Spanish born fashion designer founded the fashion house Balenciaga. His fashion history starts early, with his mother being a seamstress and then began as an apprentice for a tailor. Eventually after working for the Marchioness de Casa Torres, she sent him to Madrid for formal tailor training. In 1919, he opened his own boutique in Spain. Elite Spanish royals wore his designs. The boutique had to be closed as a result of the Spanish Civil War, which led Balenciaga to open a store in Paris in 1937. Beginning in the 1950s, Balenciaga started to change fashion. He broadened shoulders and removed waists in dresses, he designed the tunic (chemise) dress, and created the Empire line. He created the wedding dress for Fabiola de Mora y Aragón in 1960. He is one of the top designers for haute couture of the 1950s and 60s. Christian Dior referred to Balenciaga as “the master of us all.” Balenciaga inspired people such as Oscar de la Renta and Hubert de Givenchy. He died in Spain in 1972. San Francisco’s M.H. de Young Museum honored him in 2011. The Balenciaga Museum was created in 2011, with Givenchy as the president of the Balenciaga Foundation.

Balenciaga was founded to great standards and success. Even after the closing of the boutique in Spain, the opening of the Paris store brought in customers seeking the highly sought-after designs of Cristobal Balenciaga. During World War II, the shop still had people pouring in. 1951 brought the change of the women’s silhouette from the designer. The tunic dress, the balloon jacket, the high-waisted baby doll dress, the cocoon coat, the balloon skirt, and the sack dress all came from Balenciaga. Heavy fabrics and bold materials were used for the clothing. For his fashion house, Cristobal Balenciaga didn’t want to be apart of the press or media. Jacques Bogart S.A. took over the company in 1986 and released the first ready-wear line, Le Dix. Michel Goma launched the first collection in 1987. He was replaced in 1992 with Josephus Thimister. Balenciaga rose to high-end fashion status again under Thimister. The brand designed the French team’s clothes for the 1992 Summer Olympics. Nicolas Ghesquière was appointed Head Designer in 1997. Kering now owns the company and Ghesquière runs the menswear and womenswear. Famous names like Jackie Kennedy, Kylie Minogue, Sienna Miller, and Nicole Kidman are associated with the company’s clothing. Kidman’s wedding dress was a Balenciaga piece. The famous “Lariat” bag is from the brand. The United States is home to seven exclusive Balenciaga stores, even a shop in Honolulu, Hawaii. Architecture is a special part of all Balenciaga boutiques. A spread in an issue of Teen Vogue was dedicated to the company in 2007. Nicolas Ghesquière was replaced by Alexander Wang in 2012 and his first collection for the brand was released at the 2013 Paris Fashion Week. The fashion house Balenciaga will continue highly competing in the fashion industry. 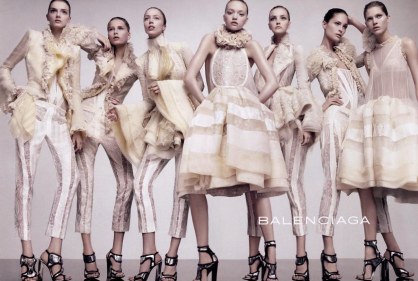 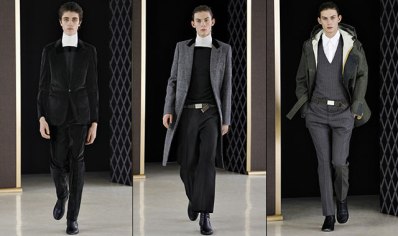