“Fashion comes from outside the mainstream. That is what makes fashion so interesting” – Kenzo Takada 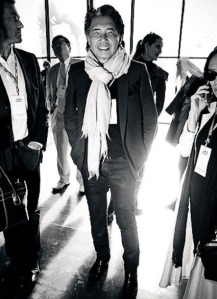 Kenzo Takada is a Japanese fashion designer who founded the fashion house Kenzo. Always interested in fashion, he was one of the first males to attend the Tokyo’s Bunka Fashion College in 1958. He then traveled to Paris in 1964 after graduating fashion school. Kenzo had to use a mixture of patterns and fabrics because of finances until he started succeeding in 1970 when his first store, “Jungle Jap,” opened. The next year, his first collection appeared in Tokyo and New York. In 1972, the Fashion Editor Club of Japan’s prize was awarded to him. From then, Kenzo became known for his dramatic shows within the late 1970s, using elephants and circus tents. Kenzo Takada retired in 1999 but returned to working in 2005 but more with decoration and design.

Kenzo is a French luxury company founded in 1970 by Kenzo Takada. The brand includes clothing for men and women, fragrances, and beauty accessories like skincare products. The brand started out with just womenswear, adding mens clothing in 1983 and including childrens and home decor. The head designers of the company are Humberto Leon and Carol Lim. Thanks to the first Kenzo store, “Jungle Jap,” the brand is known for jungle-inspired clothing, like the signature tiger shirt. Kenzo shows are collaborated with music, artists, actors, and the 21st century. The brand works with the Blue Marine Foundation, helping with marine life. The Spring/Summer 2014 Kenzo collection proceeds went towards the foundation. Celebrities like Beyonce, Zooey Deschanel, Selena Gomez, and Spike Jonze has worn Kenzo clothing.